One of our latest approved permits – Three Arches was designed as a reaction to the transitional context of the site. The found dilapidated building exists in between states, both in terms of time and location. Despite its condition, the structure still incorporates serviceable details and construction methods of a bygone building tradition. These elements informed our intervention from the very beginning of the design process, being retained and incorporated within the contemporary building programme required by the client’s brief. The site location also exists in between the UCA (urban conservation area) and the DZ (Development Zone) so once again we found ourselves balancing contemporary design with more traditional motifs.

Externally, these considerations lead to a façade which clearly demarcates old from new. The existing façade walls built from 40cm high Upper Coralline Limestone masonry courses are to be restored and finished in such a way that they contrast with the added extension above. Simple circular geometries were adopted in this extension to create an architectural language which is sharp and contemporary whilst still referencing tradition. This language reaches its peak in the shaded arcade at first floor, which uses semi-circular arches of modulating widths to balance framing of views with privacy at this level.

Inside, the layout was heavily informed by existing stairs and arches. An inverted layout was adopted for the 3-bedroomed dwelling, which includes bedrooms on the lower floor and a living area above, making full use of the large terrace available at this recessed level. 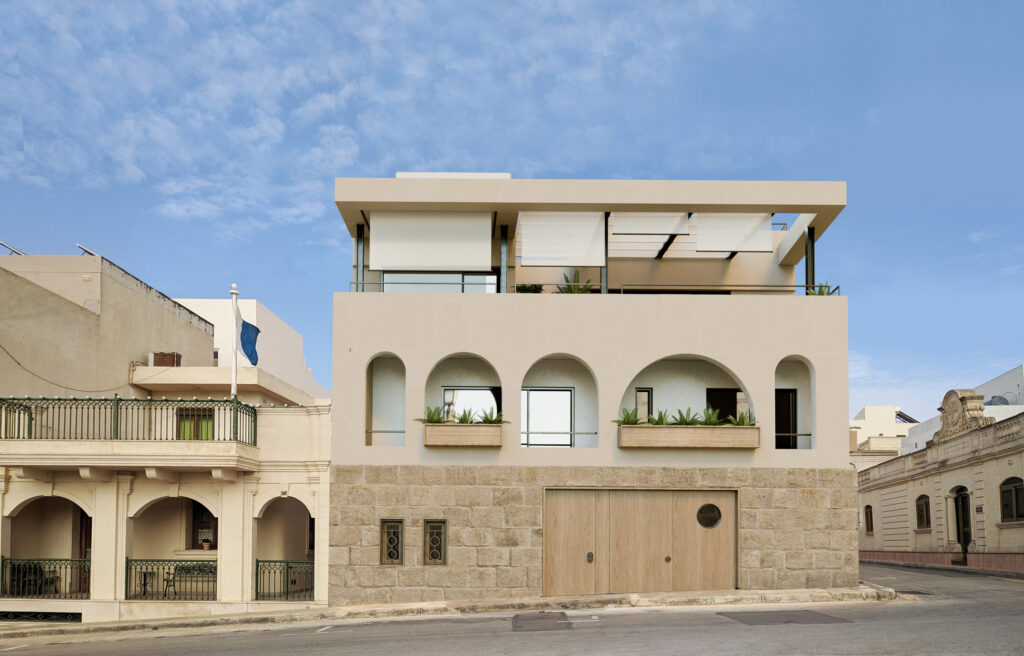 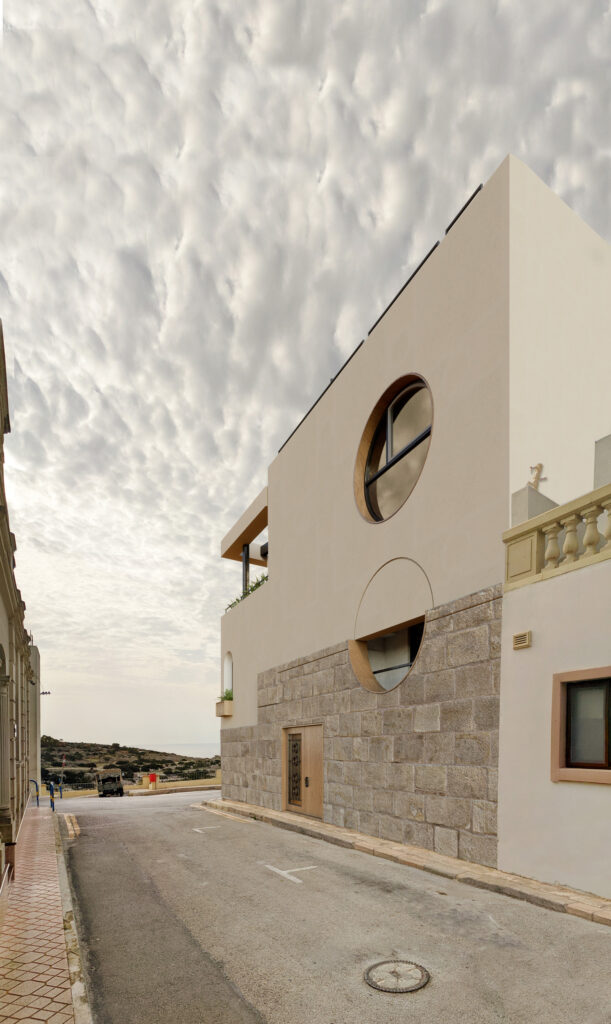 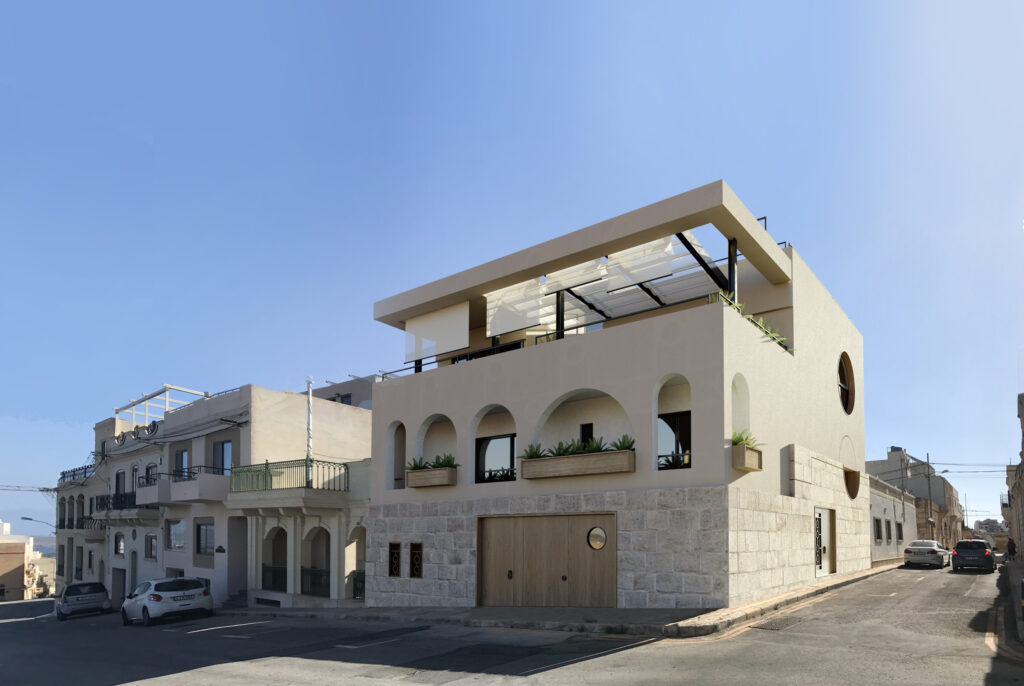